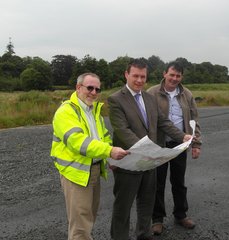 SAM_0050[1]
I am delighted this morning to announce that my Department is giving €400,000 towards the sporting components of the new Town Park in Nenagh. Work on the town park will commence early in 2013 and this funding is an integral part of its development.

The funding will provide for an upgrade of the changing facilities and the gym at Nenagh's Leisure Centre. It will also provide for a skate board park, a track, a keep fit area and outdoor gym amongst a range of other facilities.

I want to thank the town council and in particular Mayor Lalor Magee for their foresight and co-operation with this application.

I am delighted to be in a position to deliver on this as there was some doubt that funds would be available, not only have they been made available but it is the singular largest amount given to ANY sporting application in the country under this Government's Sports Capital Grants Programme. 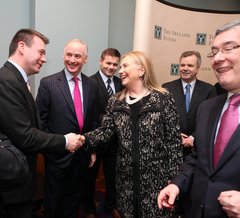 MCM121207_292
Pictured at the American Ireland Fund Dinner in Belfast last weekend are myself, John Fitzpatrick Fitzpatrick Hotels New York, Dessie Farrell Gaelic Players Association, Hilary Clinton, Niall O'Dowd Irish Voice newspaper New York, and Kieran McLoughlin American Ireland Fund. I was delighted to meet Hillary Clinton, and I would like to thank her for her support of Ireland. 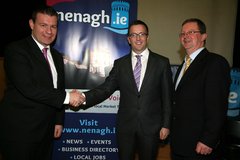 IMG_4883
Last Thursday evening I launched the revamped nenagh.ie website. This is a brilliant and very professional website and I hope the local community support the initiative. The website is funded by Nenagh Chamber of Commerce and Nenagh Town Council. Tom Ryan and his company Adsmart is one of the key players in the Nenagh.ie project. Adsmart is an exceptional and very professional company and this year it was named as the North Tipperary County Enterprise of the Year by North Tipperary Enterprise. For further information on Adsmart go to http://www.adsmart.ie.

National Gas for Nenagh is Imminent 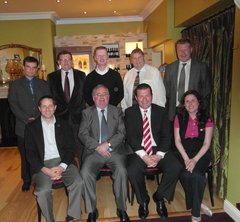 Today I have announced that Nenagh is within touching distance of becoming connected to the Natural Gas Network.

National Awards for Volunteering in Sport 2012 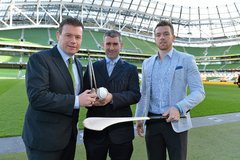 Former Tipperary Hurling Manager Liam Sheedy, Thurles Sarsfield and Tipperary Player Padraic Maher and I pictured at the  National Awards for Volunteering in Sport 2012 at the Aviva Stadium during the week, Liam got a Special Recognition award. 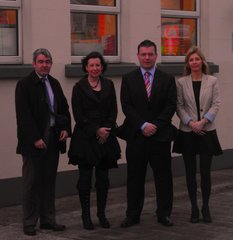 On Friday last I secured substantial funding for St. Mary's Junior Boys National School, Nenagh. I am delighted that the school has received this critical funding. This money will go towards building resource and mainstream class rooms which are desperately needed. The population in the area has increased greatly over the past number of years and the needs of some of the children in the school have changed, so this funding is a very welcome development indeed. I was delighted to work on behalf of the principal Mary Slattery and the staff of St. Mary's Junior Boys National School to ensure that the school got funding”. The funding has been welcomed by the staff and Board of Management of the school. The work will go out to tender in the near future.

The Reasons Why We Should Vote Yes

Below I outline the reasons why we all should vote yes on November 10th.

The Labour Party has had a long held commitment to children’s rights and to amending our Constitution to explicitly include the rights of children. Indeed, securing this referendum was a fundamental part of Labour’s negotiations for the Programme for Government.  We are now delivering on that promise.   This referendum is our opportunity to state clearly that we value children and childhood. A Yes vote will state clearly that we believe children have a right to be cared for and protected. It will state clearly that young people should not be silenced or side-lined. 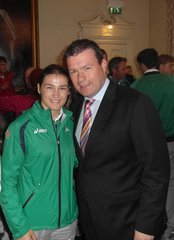 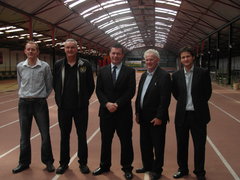 I'm pictured here with Louis Crowe Chairperson of Nenagh Olympic Athletic Club, and members of the committee Paddy Morgan, Sean Naughton and Denis Finnerty, when I announced funding of approximately €100,000  for the Club.

Visit to the Dail

Vist to the Dail