The results were found in the ‘Public Attitudes Towards Mental Health Problems’ survey, commissioned for the new mental health stigma and discrimination reduction campaign, See Change.

These figures indicate there is a still a very real stigma attached to mental health issues among Irish males and in particular those working in the agriculture sector.

For too long, Irish men have been afraid to discuss mental health, choosing to keep it behind closed doors.

GOVERNMENT MUST NOT REPEAT DELL MISTAKES WITH WATERFORD CRYSTAL

The European Parliament votes tomorrow on the allocation of funds for Waterford Crystal workers and I am calling on the Government to publish a detailed plan on how they will use the funding.

It is no secret that serious mistakes have been made by the government in dealing with the European Globalisation Funding for the former Dell Workers. 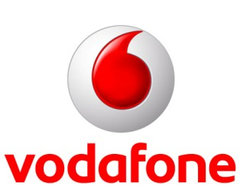 I welcome today's European Court verdict on roaming charges but the cost of roaming across Europe is still too expensive for consumers.

GOVT PLANNING ON EU DELL FUND PROVEN TO BE SHAMBOLIC 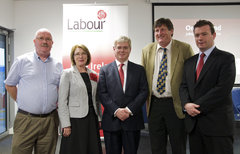 Following a series of meetings in Limerick on Friday June 4th, I am calling on the European Parliament's employment committee to appoint someone to liaise with the government over the handling of the EGF fund.

I am calling on both the Irish Government and European Commission to support workers and find a replacement industry for Pfizer in Ireland. 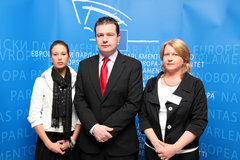 I am calling for an independent investigation into the killing of Tipperary native, Michael Dwyer in Bolivia.

An independent investigation into the killing Michael Dwyer is the only possible solution to this most serious issue.

Michael Dwyer was a loving and much loved son of the Dwyer family.

He was a loving, caring person who came from a multi-cultural background.

Last year he was tragically shot dead in Bolivia and the quality of the information emerging from authorities there is suspect. 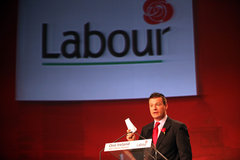 I took the opportunity during the Labour Party National Conference at NUI Galway, to highlight the grave situation facing farmers if the future of the Common Agriculture Policy (CAP) is not addressed now.

The clock is counting down towards 2013, and with every minute that passes, the situation for Irish farmers becomes more critical.

Agriculture is at the very core of rural life in Ireland and CAP 2013 is critical to ensuring future generations of farmers do not turn their backs on the industry.

We must encourage young farmers to get involved and provide them with a viable career path in farming. 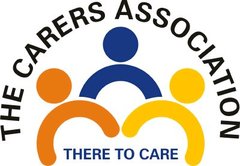 I am appalled at the Governments treatment of a Tipperary carer following demands she repay almost €87,000.

The woman who has been in receipt of carer’s allowance for looking after her husband is now being asked to repay the money which the Dept of Social and Family Affairs are claiming she was overpaid.

Kelly said “It is quite simply beyond belief the way this lady is being treated. She was providing an invaluable service to the Tipperary community and she is being hit on all sides by a Government that clearly has no idea what is it doing.

Just last week we had billions being poured into the banks and here we have a horrible example of the blatant hypocrisy that exists in Ireland. 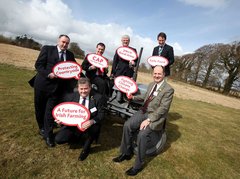 97% of farmers believe that CAP is of major or vital importance to Irish agriculture but over 90% of them also believe the future of CAP will have a negative impact. That’s according to results of a survey I carried out ahead of the first CAP conference.

I revealed the survey results at the “Future of CAP, Crisis or Opportunity for Rural Ireland” conference which took place on Friday, March 26th at the Tipperary Institute, Thurles.

The conference, the first of its kind in Ireland saw attendees from all across Ireland gather at the Tipperary venue to hear speakers including Labour Party Leader Eamon Gilmore and IFA President, John Bryan, discuss the future of CAP for Irish farmers. 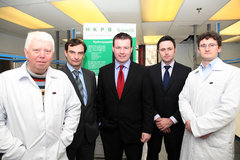 I am delighted to announce the creation of new jobs for Nenagh after HKPB Scientific revealed plans to open a facility in the town.

HKPB decided to bring the new facility to Nenagh after I personally intervened to draw their attention to the facilities on offer in the town.

I am delighted to have attracted a company of this quality to Nenagh. They are creating the type of jobs we need, high-value, export led jobs that will boost the entire regional economy.

These jobs will bring money into the community and will have a very positive effect for all businesses in the town and the local area. It’s a massive boost for Nenagh and it comes at a time when good news is in short supply.