Today I  announced the recipients of grant funding under the 2014 Local Agenda 21 Environmental Partnership Fund. This grant scheme promotes sustainable development by assisting small scale, non-profit environmental projects at a local level. A total of 54 projects received €15,700 from my Department and a similar amount from Tipperary County Council. The projects are being co-funded by the Department and local authorities; with close to €400,000 being provided by the Department and a similar amount by the local authorities. In total €796,000 is being provided under this year’s scheme to 697 projects throughout the country. 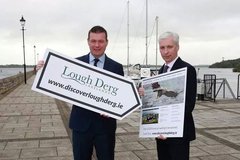 200 New Recruits for the Training College in Templemore

I welcome the announcement in the budget of an additional 200 Garda recruits for the training college in Templemore.

This is great news for the town of Templemore, particularly businesses in the area with the extra revenue in the town as well as the potential for tourism. 100 recruits will start in December and 100 more will start in January.

I also welcome the investment of €10 million for the Garda Fleet.  The  increased  investment  in  An  Garda  Síochána  marks a positive step forward  for policing in Ireland. New vehicles and ongoing recruitment will help  ensure a strong, visible policing presence is provided in communities right across the country, helping to reduce crime

FRS Recruitment the Preferred Bidder to Deliver the Jobpath Programme

I am delighted to announce that a Tipperary company is among the preferred bidders to deliver the Government’s Jobpath programme.

The company, FRS Recruitment, who are based in Roscrea form part of the Turas Nua Ltd Consortium who have been selected to deliver the Jobpath programme in the Southern half of the country for the Department of Social Protection.

Subject to the final contract being signed, this is likely to result in Roscrea being the head office for the southern region bringing up to 500 employees with their head office expected to be located in North Tipperary.

I have announced major reforms of the planning system as part of the forthcoming Planning No.1 Bill which was approved by Government this week. The general scheme of the Bill will be published in the coming weeks.

The new reforms include new Part V requirements for developers, the introduction of a vacant site levy and ‘Use it or Lose it’ clauses with planning permissions.

Revie of An Bord Pleanala 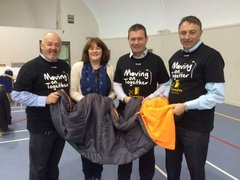 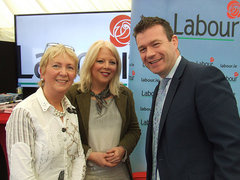 I was delighted to attend the Ploughing Championship last week, which was a massive success and was attended by huge crowds, congratulations to all involved in the organisation.  The Labour Party had a tent and had a large number of visitors over the three days.  I was delighted to meet Mary Fogarty and Maeve O'Hair of the Cottage in Loughmore. which is a community co-operative shop and tearoom.  The village hadn't a shop for a number of years, so I have no doubt this is a welcome addition.  This is a unique venture and is the first one in the country. 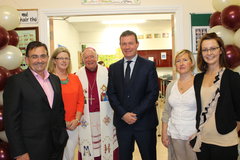 On Friday last, I officially opened the new school extension at the Presentation Secondary School in Thurles.

Last year, I was delighted to announce a huge investment for the Presentation Secondary School in Thurles. The school received in the region of €500,000 which allowed the school to build six new classrooms and four new resource rooms as well as other works. The school is one of the first two schools in the country to receive funding under phase 2 of the Governments School Building Capital Programme for extensions and renovations. The new extension of adds to the magnificent building.

Official Opening of the 'Who to Talk to' Event 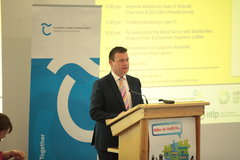 I was delighted to officially open the 'Who to Talk to' Event which was organised by Tipperary Local Enterprise Office and held in LIT Thurles.

This event is an excellent example of collaboration and collective effort. Tipperary County Council in conjunction with Enterprise Ireland, the Education & Training Board, LIT, Local Development Companies, Teagasc and the Local Enterprise Office came together to repeat the successful ‘Who To Talk To’ initiative which is now in it’s third year.